Recently Ted Halpern and Kirsty Peev had the honor of witnessing a piece of market history. They were invited to the ringing of the Opening Bell of the NYSE Options Exchange to mark the opening of two brand-new American Century funds. At over 200 years old, the trading floor of the NYSE has seen many stocks, bonds, ETFs and commodities come and go, and it has been the site of some fascinating market history.

But few people get to experience that history. Security is very tight in the NYSE building (in fact, all of the pictures Ted and Kirsty took were geo-tagged as being from Antigua…), but during their time at the conference, Ted and Kirsty had the honor of taking a tour to see historical artifacts that are normally not available to the public. Here are a few notable items they wanted to share!

This relic from the trading floor is ornately carved, but that’s not the only reason it’s different from an ordinary clock. If you look closely, you will see that the outside of the clock does not have the hour numbers, just 5-minute markers. 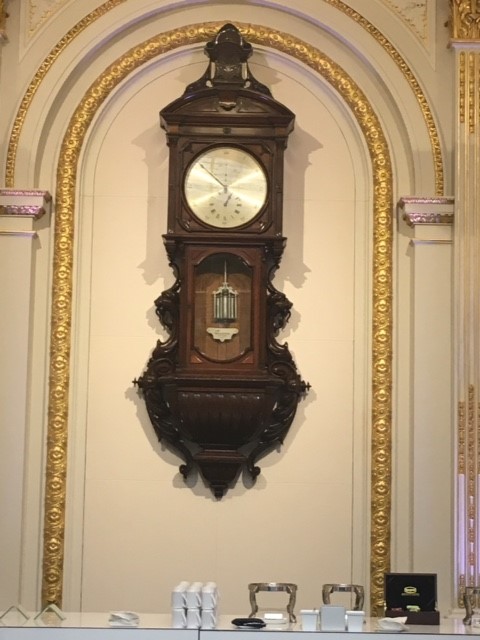 It used to be that each trader had just 5 minutes  to trade their stock!  Each stock traded for a set 5 minute period, so the hours were simply less relevant than the minutes.

In 1904, Czar Nicholas II of Russia issued a $1 billion bond issue through the NYSE. As a token of thanks, the czar gave the Exchange an enormous Fabergé urn bearing the czar’s crest. It is the largest piece Fabergé ever created, according to NYSE archivist Peter Asch. 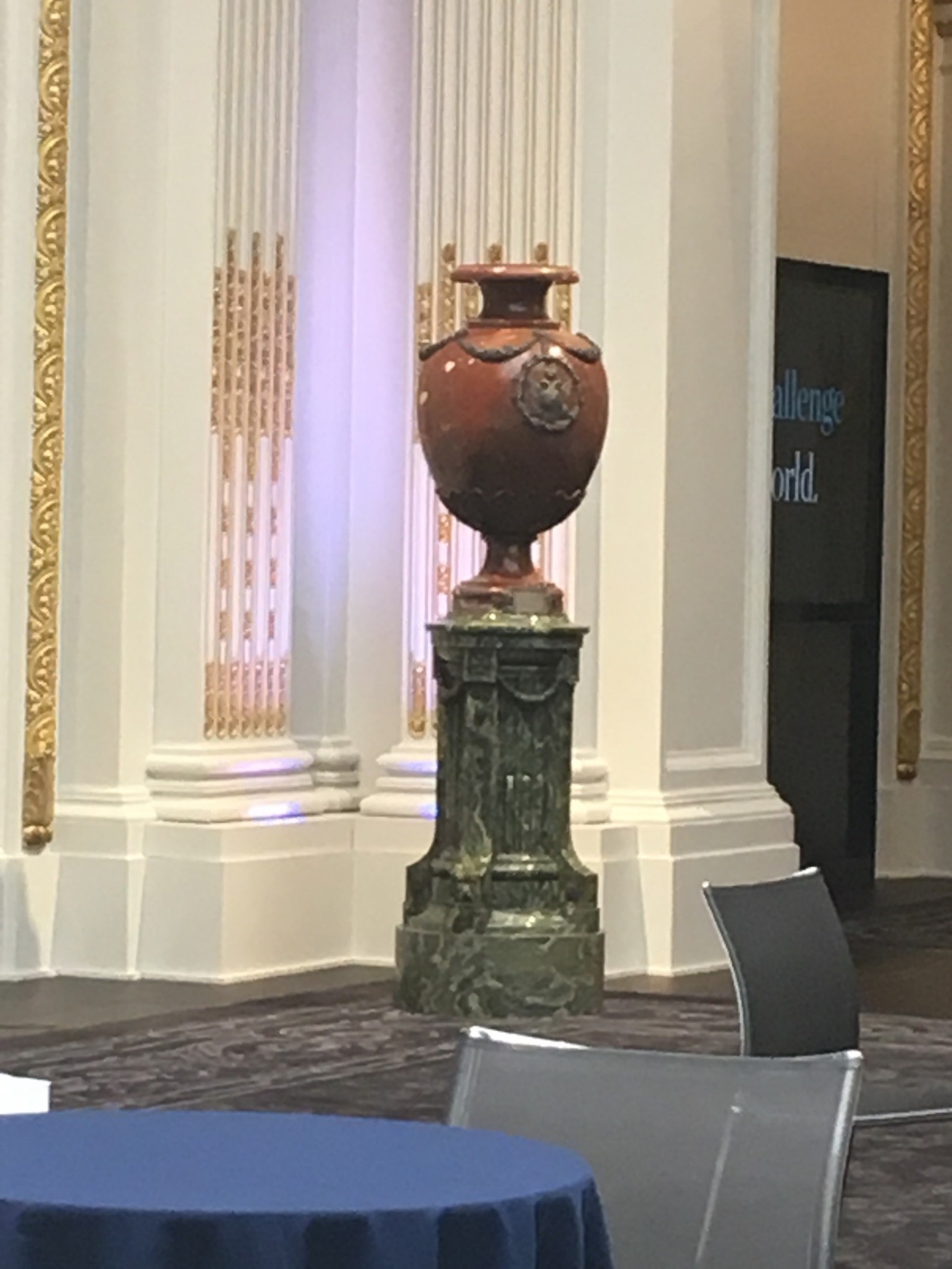 Decades after the fall of the Russian monarchy, Mikhail Gorbachev visited the NYSE as a guest of President Reagan. Gorbachev mentioned that Russia was working on a project to repatriate Russian-made treasures such as Faberge’s artwork. Reagan reminded Gorbachev that the urn was a gift for a bond that was never repaid…if the Russians wanted the urn back, they could buy it with the principal and interest due on the $1 billion loan.

Today the urn still stands in the NYSE Board Room.

The Buttonwood Agreement, signed on May 17, 1792, was the founding document of the New York Stock Exchange. 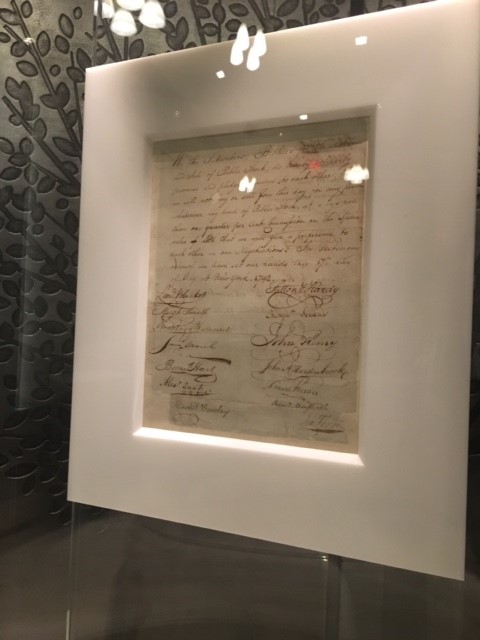 As you can see, the agreement is quite short and efficient! What a difference from any legal document you would read today. It contains two provisions:  1) the brokers were to deal only with each other, and 2) the commissions were to be 0.25%.

The name of the document comes from the fact that it was signed under a sycamore tree near 68 Wall Street. Sycamores were once known as “buttonwood trees” because their wood was used to make buttons.

The Wall of Wall Street

The name of Wall Street is quite literal. Back when New York was known as New Amsterdam, Wall Street was the site of a wooden wall constructed to defend the city against Native Americans, pirates, and British forces. Today, you can still find the wooden footers of the wall preserved in the cobblestones on Wall Street. 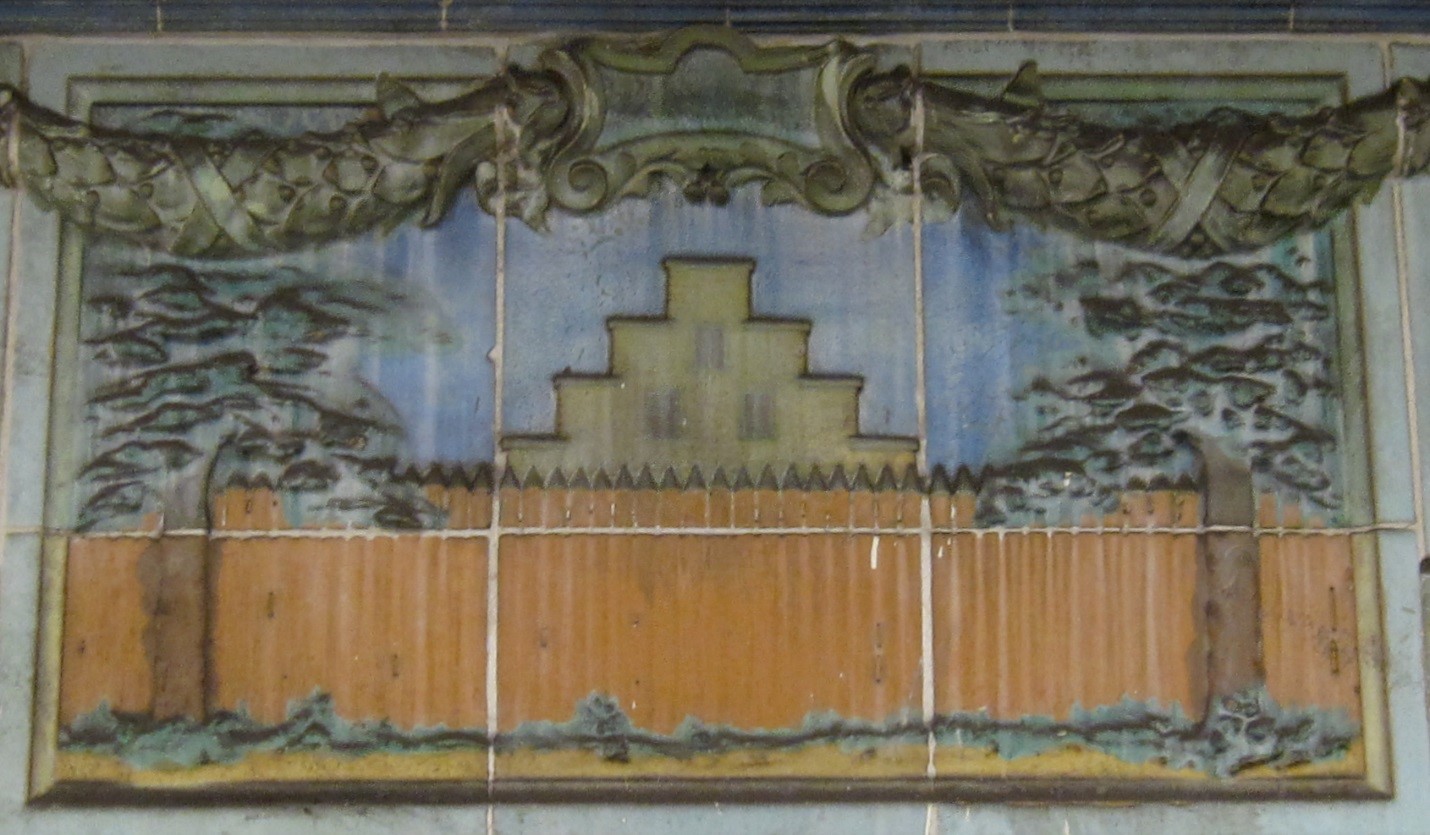 Since Halpern Financial is a firm that hugely supports women in finance, Ted and Kirsty were very excited to see how women have influenced the history of the NYSE.

Prior to the Opening Bell, Ted and Kirsty met with American Century in Siebert Hall, named in honor of Muriel Siebert, “The First Woman of Finance.” Siebert was the first woman to buy a seat at the NYSE. Although she was the founder of her own brokerage firm, as a woman, she encountered difficulty finding sponsors and funding for her NYSE board application. She eventually was elected to the NYSE in 1967, and went on to be an advocate for women in the financial industry. 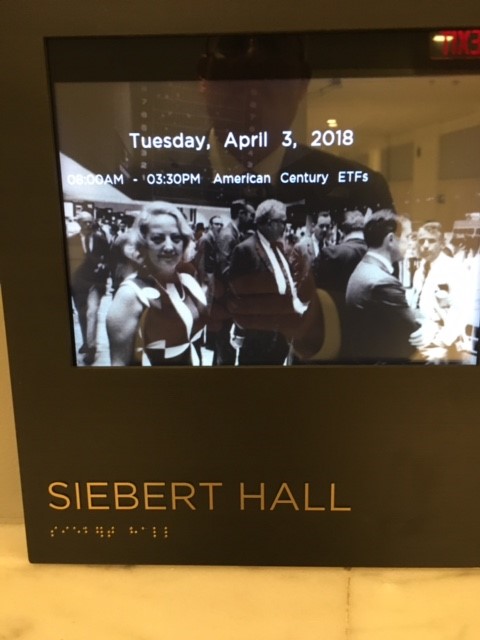 However, Muriel Siebert was not the first woman on the trading floor—that honor goes to the group of about 50 women known as the “Stock Market Girls” who stepped in during World War II to act as clerks and runners. 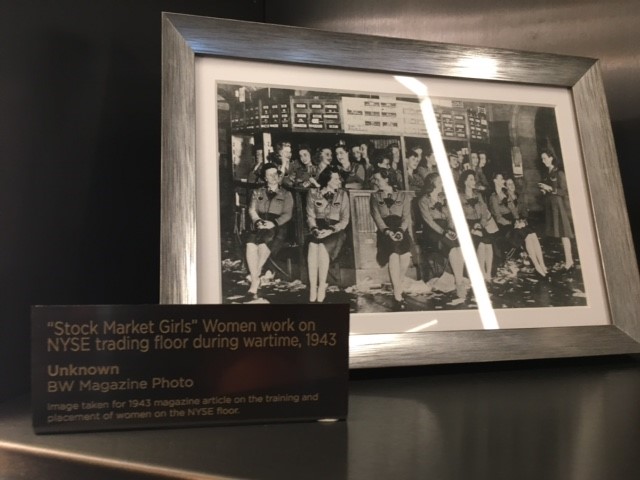 All of these artifacts show the fascinating stories behind the exchange, which can feel somewhat abstract when you look at your own personal account statements. Being present at the Opening Bell for a new security is a once-in-a-lifetime experience and it was made all the more special by learning about how the NYSE has evolved to become what it is today. Ted and Kirsty felt very lucky to be a part of market history!

Please remember that past performance may not be indicative of future results. Different types of investments involve varying degrees of risk, and there can be no assurance that the future performance of any specific investment, investment strategy, or product (including the investments and/or investment strategies recommended or undertaken by Halpern Financial, Inc.), or any non-investment related content, made reference to directly or indirectly in this blog will be profitable, equal any corresponding indicated historical performance level(s), be suitable for your portfolio or individual situation, or prove successful. Due to various factors, including changing market conditions and/or applicable laws, the content may no longer be reflective of current opinions or positions. Moreover, you should not assume that any discussion or information contained in this blog serves as the receipt of, or as a substitute for, personalized investment advice from Halpern Financial, Inc.. To the extent that a reader has any questions regarding the applicability of any specific issue discussed above to his/her individual situation, he/she is encouraged to consult with the professional advisor of his/her choosing. Halpern Financial, Inc. is neither a law firm nor a certified public accounting firm and no portion of the blog content should be construed as legal or accounting advice. A copy of the Halpern Financial, Inc.’s current written disclosure statement discussing our advisory services and fees is available for review upon request.